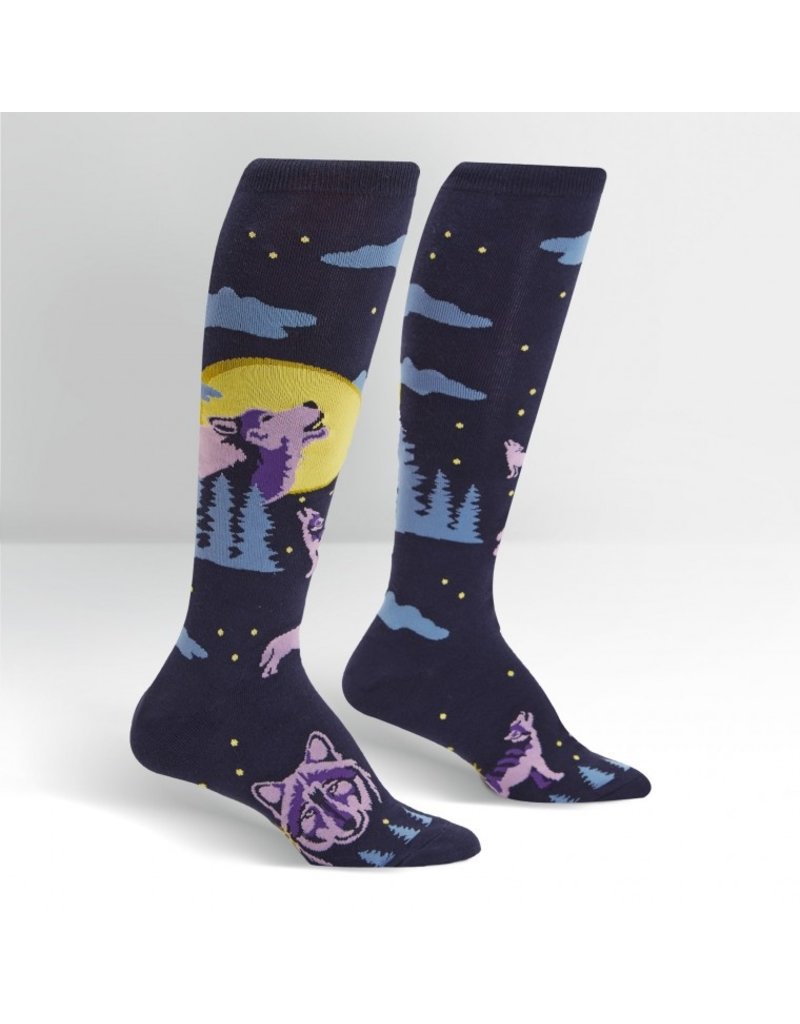 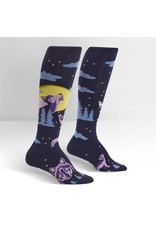 Gasper had been on the run all day and the night before. Finally, it was beginning to feel like he had evaded them and they would not be back. He knew because of the eerie moon, which brightened the desert around him for miles. If they were in the area, then he would know it. As he walked and it became later, he heard the howling of the wolves. Maybe the wolves were why they stopped pursuing him, he wondered. In any event, he could not sleep, so he kept walking...

Until he chanced upon a group of six wolves gathered in a semicircle as if waiting for him. What were they doing there? This brings us to the beginning of the tale upon which our Six Wolf Moon Knee Socks are based. Do you know The Legend of Six Wolf Moon? For 1,000,000 Cool Points, tell us your version in your review for this sock!

Add your review
0 stars based on 0 reviews

Sock It to Me